@Tusks
Latest tweet: Four months post smashed up elbow operation and I can do a shitty yoga crane ⚡️Life is good pic.twitter.com/uwoQpFis9F


Newly signed to One Little Indian, Tusks - aka London based artist and producer Emily Underhill – releases a second set of songs as the ‘False’ ep, on the 10th June.

Tusks self-produced debut EP ‘Ink’ clocked up over a million streams on Spotify and pricked up the ears of Radio1, 6Music, BBC London Introducing, Amazing Radio, Mixmag and numerous blogs. Over the past year she’s gigged regularly around London with the likes of Phoria, Jarryd James and Dream Koala, also joining Submotion Orchestra on their UK tour and packing out her set at last year’s Great Escape.

Dissolve, the debut album from rising

With her debut album

One Little Indian signee Tusks, aka

Newly signed to One Little Indian,

One Little Indian Artists at The Great Escape

One Little Indian has an artist 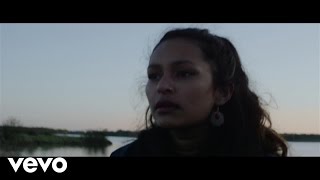