Huge, great, bleak towers of sound. Nimble rhythmic undercurrents. The twin and unlikely ghosts of both post-punk and electronic techno. Nobody sounds like Fufanu, but 18 months on from their hugely acclaimed 2015 debut, A Few More Days To Go, the Icelandic trio’s eagerly-anticipated second album, Sports, throws some new ingredients into the mix.

For 2017, Fufanu are changing - “growing up” - as instrumentalist Guðlaugur (“Gulli”) Einarsson [no relation] calls it. They’re retained all the ingredients of their much-loved old sound, but in come stronger pop melodies, more driving grooves - occasionally reminiscent of Krautrock legends Neu! - and sophisticated pop melodies and arrangements. It’s a very strong follow-up which reflects their experiences during a hurricane two years, in which they have rocketed from making a big splash at the 2014 Airwaves festival in Reykjavik, to touring the UK with the Vaccines, to playing with Fufanu fan Damon Albarn at London’s prestigious Royal Albert Hall and even supporting the Blur singer’s legendary group at a huge event at London’s Hyde Park.

One Little Indian Artists at The Great Escape

One Little Indian has an artist 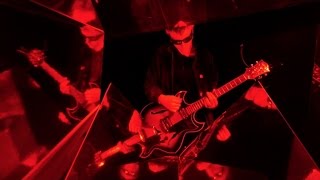