Björk is a rare artist – a true original, a non-conformist with wide appeal, an extraordinary genre-busting musical individual who speaks to the heart, the head and the feet. She is the quintessential modern musician, ceaselessly innovating, and completely multi-dimensional in the way she uses performance, technology, fashion, video and art to complement her music.

Björk’s current album, and her eighth studio record, Vulnicura serves as an exploration into the themes of love and heartbreak, a stark contrast to the abstract context of her last record, ‘Biophilia’. Vulnicura was written, produced and recorded in collaboration with Venezuelan producer Arca and British musician The Haxan Cloak.

New York’s MoMA will be hosting a mid-career retrospective exhibition starting in March which will chronicle Björk’s career from Debut to Vulnicura.

From the release of her first album ‘Debut’ in 1993 Björk has now sold over 20 million albums worldwide.  She has acquired significant critical acclaim, also winning 4 Brit Awards 4 MTV VMA’s and in 2010, the Polar Music Prize from the Royal Swedish Academy of Music, in recognition for her “deeply personal music and lyrics, her precise arrangements and her unique voice.”

Björk has released three remixes of

‘Utopia’ is the ninth studio album

Björk announced today that her new

Björk has announced that she’ll be 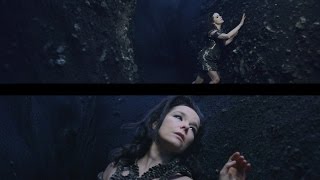